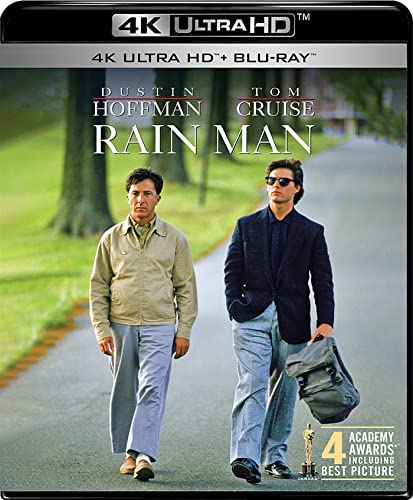 Dustin Hoffman (Meet the Fockers) is a “triumph” (People) in an Oscar®-Winning* role, and Tom Cruise (Top Gun: Maverick) delivers the “best acting of his career [in a film that’s] fascinating, touching and full of smart surprises” (Newsweek).

Charlie Babbitt (Cruise) has just discovered he has an autistic brother named Raymond (Hoffman) and is now taking him on the ride of his life. Or is it the other way around? From his refusal to drive on major highways to a “four minutes to Wapner “ meltdown at an Oklahoma farmhouse, Raymond first pushes hot-headed Charlie to limits of his patience… and then pulls him completely out of his self-centered world. But what begins as an unsentimental journey for the Babbitt brothers becomes much more than the distance between two places. It’s a connection between two vastly different people… and “a poignant profound and powerful film” (Joel Siegel, ABC-TV).

Added to wishlistRemoved from wishlist 0
Add to compare
Free!